I am really proud and excited to announce that Maureen Murphy is joining Green Hills Guitar Studio as our new vocal instructor! Like everyone else in Nashville, I knew of and heard of Maureen before working with her. Maureen is known for being very versatile, professional and passionate about the music she is involved in. Whether it’s live or in the recording studio, Maureen is always a first call for Nashville’s producers and artists.

I have been fortunate to work with Maureen over the last few years in the recording studio on several projects. Recently, we have been performing live with the Amanda Broadway Band. When we spoke a few months ago at a rehearsal about her teaching voice lessons at Green Hills Guitar Studio, it was a no brainer for me. Along with a commitment of providing top quality and professional music lessons to our students, having the heart of a teacher and a deep care for people and their growth is very important to me.

Maureen is a very versatile and experienced vocalist and vocal coach. While on tour with the Zac Brown Band as a background  vocalist along with Jason Eskridge, Maureen was responsible with contracting, arranging and performing with a local  choir in every city they performed. Maureen’s passion for sharing music with others and helping them find and nurture their own voice is not only apparent on stage or in the studio, but also in her work with her students in vocal lessons.

One of Maureen’s most influential experiences was being part of the gospel choir at Berklee College of Music directed by Dennis Montgomery III. She worked with vocalists and musicians from all over the world. The music and absorption of the rich and diverse music became a life changing force. The depth of this study became part of her approach to life, performance and voice coaching.

Maureen has sung, performed and recorded just about every style of music.  She believes her students should study and perform numerous styles to not only help them grow as vocalists but also to prepare them for work as a professionals. The necessity to handle any situation in the studio or live performance is a skill Maureen has developed over years of being a professional vocalist.

In 2015, Maureen finally got to see her biggest vocal influence, Lisa Fisher, perform live. Lisa’s ability as one of the most in demand background vocalists in the world (25 has with the Rolling Stones!) coupled with her ability to be a front woman with her own authentic voice and approach to cover songs. Her presence, versatility and ease on stage, whether in a supportive role as a backup singer or out front as the lead, has been a powerful  influence on Maureen.

Along with all of the experience and professionalism, I am happy to have Maureen teaching voice with us because she cares for people. Music has long been an important part of her life and she loves the opportunity to share in that experience with others. Maureen is always excited and passionate about helping singers find their own voice, grow as singers  and musicians and work toward their own goals and aspirations.

Maureen has a handful of open spots available now. Give us a call and get signed up today!

My name is Hannah Lee, and I’m so excited to work with Green Hills Guitar Studio to help share some of their values, lessons (both musical and life), and insights with you! END_OF_DOCUMENT_TOKEN_TO_BE_REPLACED

Hello! Today, I would like to introduce you to Hannah. When Hannah and I first met, I had asked her if she would be willing to do some proofreading and editing for the website, along with some of my blog posts. I realized I kept stalling when it came time to share some new information.

It is fair to say I ain’t the grammar wizard or skilled writer I once was. All apologies to my 7th grade English teacher, Mr. Berg, who scared everyone in his classes with his enthusiasm and commitment to improving our sentence diagraming and grammar use. Mr. Berg, you did a great job, but it’s faded a bit. END_OF_DOCUMENT_TOKEN_TO_BE_REPLACED

Hello everybody, and especially you singer-songwriters! Here is a new post from Nashville vocal coach and Green Hills Guitar Studio instructor, Jaime Babbitt.

It is full of love, non-judgement, compassion, empathy and NO PITY! That’s right, it’s time to own it! If you are a singer-songwriter, you know it’s important to work with a vocal instructor that not only understands the mechanics and ins-and-outs of the human voice, but also gets what it means to be a writer, performer and artist developing a style and a voice in many senses of the word. END_OF_DOCUMENT_TOKEN_TO_BE_REPLACED 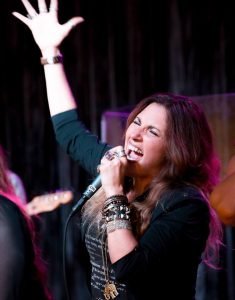 I am very excited to have Nashville vocal coach Jaime Babbitt joining us at Green Hills Guitar Studio.  Aside from being a really great human being, Jaime is a songwriter, a very experienced singer, an in-demand vocal instructor, speaker and recent author with her book, Working With Your Voice, published by Alfred in 2011. END_OF_DOCUMENT_TOKEN_TO_BE_REPLACED

Most musicians do not have perfect pitch and have practiced and employed several skills to improve their ears’ abilities. At the collegiate or academic level, a student is required to test through several levels of ear training to further their abilities and continue their musical study. END_OF_DOCUMENT_TOKEN_TO_BE_REPLACED

Example of Frustrations With Learning Guitar

I recently had a student start lessons with me and he has been taking lessons from another teacher for a few years. He loves music and it is a really important part of his life. He contacted me because he was feeling some frustration with his current lessons. When I asked him my first question, I understood his frustration.

His previous teacher had never asked about his goals. Even worse, this student had come to believe that what he was experiencing in his guitar lessons and practice had to do with his own ability. This in turn was causing disappointment, self doubt, sadness, anxiety and some fear…and none of these are helpful when learning guitar.

I could tell he was shocked by the reality of this and, at the same time, was having a powerful realization. As we spoke further about the type of music he enjoyed and what he wanted to be able to do with his guitar playing, he started to get excited. I could hear how much music meant to him. His discipline and desire to play guitar were very obvious. For several years, he had been showing up and working hard. He respected his teacher and his teacher’s playing abilities. He just wasn’t getting what he wanted out of the guitar lessons and he felt stuck. There was a disconnect.

Setting Out To Learn With Clarity Of Purpose

After asking my three questions, I laid out a lesson plan for him, showing him exactly what we were going to do and why. He was noticeably relieved and enthusiastic about getting started.

So, ask yourself these 3 questions and set yourself up for success before you start guitar lessons, or begin with a new guitar instructor. You will experience success based upon your goals, studying the type of music you enjoy, that fits into the context of your life and schedule.

3. How much time do you have, realistically, to practice each week?

Whether you are beginning to play guitar, or have been playing for a while, please feel free to leave your comments and experiences about this process below. I look forward to hearing from you. See you next time!

All the best, Shane

Matt Chalkley
21:29 11 Nov 19
Shane is a great teacher who understands that the lesson is about you. I came Green Hills Guitar studio after trying to... learn guitar off of youtube. The youtube teachers are good teachers, but they don't compare to one-on-on lessons. Over the past 18 months (I take online lessons), Shane has drastically improved my both my right hand and my left hand technique. He introduced me to my favorite guitar player, Stevie Ray Vaughn. Under Shane's guidance I can now play SRV's Lenny and Little Wing. More recently he's begun to teach me how to play to by ear. Prior to taking lessons, I thought that I it would be impossible for me to play by ear. Shane is a teacher who can teach the impossible. If you aren't sure about taking lesson guitars, then try one lesson. I promise you won't regret it.read more

Roger Illsley
21:12 06 Nov 19
I am an amateur songwriter and wanted someone to give me input on some of my songs while I was visiting Nashville. ... Shane and I had a very constructive and fun session going over my songs. He brings great knowledge, energy and enthusiasm to the process.read more

Eric Griffin
03:27 17 Sep 19
Somehow Shane led our group of 7 entrepreneurs, with virtually no musical talent, in writing and signing a complete... song! How he accomplished this in just a few hours I will never know, but I am forever grateful. We now have our own song, that we came up with, and I can’t get it out of my head! Shane is incredibly talented, knowledgeable, and patient. He truly accomplished the impossible!read more

Taylor Dubray
22:30 20 Jul 19
I studied bass under Patrick Atwater for about a year, and could not have been more pleased with my experience. He is... an extremely patient, knowledgeable, and skilled teacher and I would highly recommend him for any student beginner to advanced wanting to grow as a player!read more

charlie montgomery
19:09 28 Jun 19
I’ve been going to Green Hills Guitar Studio for about a year now. My knowledge of music theory, music business,... songwriting, and guitar playing have increased dramatically. I started with bits and pieces of songs without much structure. Shane has showed me how to build and structure a song from start to finish. We practice the music that I want to play and every lesson is based on what I want to work on. I truly enjoy and recommend lessons at Green Hills Guitar Studio. I learn so much and best of all I have fun doing it!read more

Daniel Teel
18:21 17 Jun 19
I have been a student of Shane’s for almost a year now. He does not teach every person the same way. He tailors his... entire session of teaching specifically to you. He is also a master in regards to keeping his students grounded and encouraging them through frustrating lessons, whether that be a life lesson or guitar lesson. He is an all around exceptional teacher -without even bringing up what he can do with a guitar.read more

Tamara Scott
16:58 26 Feb 19
Shane and his teachers are really committed to giving their students the kind of music lessons they want. I bought my... dad a set of online guitar lessons for Christmas, and he really enjoys working with Shane.read more
Next Reviews